skip to main | skip to sidebar

Two very nice 12" from a group called Ring from Washington DC area. These were both released in 1996 on Middle East Recordings. Both produced by Bill Source. "One Game Left to Play" is my favorite track out of them all, but I like "Invisible Man" as well. They released another 12" in 1993 under the name Massive Ring on Azpect Records called "Middle East bw The Funk Wrecker" On top of that they have two other 12" released after these called "Shakin" and "Anything's Possible" .... If anyone knows of where I can get a copy of these let me know Anyway enjoy these two, both are good.
-Diaz
-One Game (Left To Play) VLS
http://www.file-upload.net/en/download-643438/One-Game--Left-To-Play--VLS.rar.html
-They Want To Kill Me bw Invisible Man VLS
http://www.file-upload.net/en/download-643435/They-Want-To-Kill-Me_Invisible-Man-VLS.rar.html
Publié par Unknown à 01:28

Damn those three tracks are the dopeness.
Another great discovery, thanks diaz.
that "they want to kill me" gotta be in my wax collection ^^
will look out for that
pz 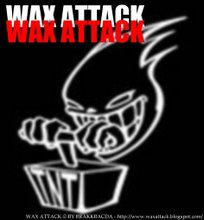 The Underground Come Up